“It’s a harp fer chrissakes!” was my reaction each time I’d read another reviewer fawning over Joanna Newsom’s _Ys_. What use could I have for a silly retro dandelion-and-fairies harp playing waif? Armed with an iTunes gift certificate and being a sucker for all things recommended, I decided to see what the fuss was about. Three minutes into the opening “Emily” I knew I was listening to something unique. Twenty minutes later, after “Sawdust & Diamonds” I realized I’d for the most part stopped breathing.

The album is on it’s 4th time through and I don’t see any reason to listen to anything else just yet. Like listening to someone read an ancient fairy tale while dreaming, it’s completely mesmerizing. 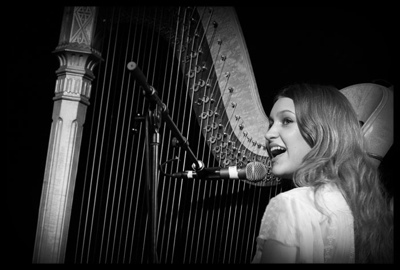 Told, the meteorite is the source of the light

And the meteor’s just what we see

And the meteorite’s just what causes the light

And the meteor’s how it’s perceived

Sibyl sea-cow, all done up in a bow

Teeth an impalpable bit of leather

While yarrow, heather and hollyhock

Awkwardly molt along the shore