Do You Wanna Get Funky With Me

A story about courage. 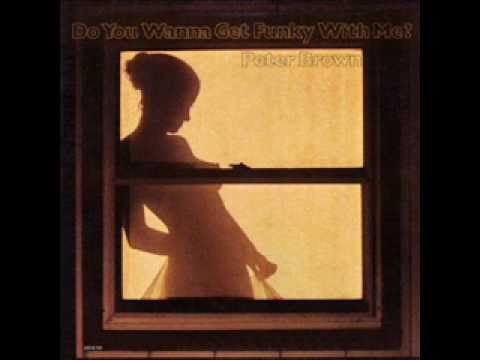 My friend Brad and I wanted to buy Peter Brown’s album, “Do You Wanna Get Funky With Me.” I don’t remember why we wanted it, but we’d saved our money and were planning to split the cost. Buying records was a big deal for us in 1978.

We walked to the local Meijer (we weren’t old enough to drive), found the record, and discovered that the cover contained a silhouette of a naked woman. There was a clearly visible nipple!

Neither of us wanted to stand in the checkout line with a record that had a picture of a booby on it. We argued over who would suffer the embarrassment for what must’ve been forty minutes before one of us finally stepped up.

And then I knew I had no choice but the heed the command of the devil’s voice, “Do you wanna get funky with me?”

I don’t remember which of us finally found the courage to stand there, face our fears, and buy the thing. I like to think it was me.