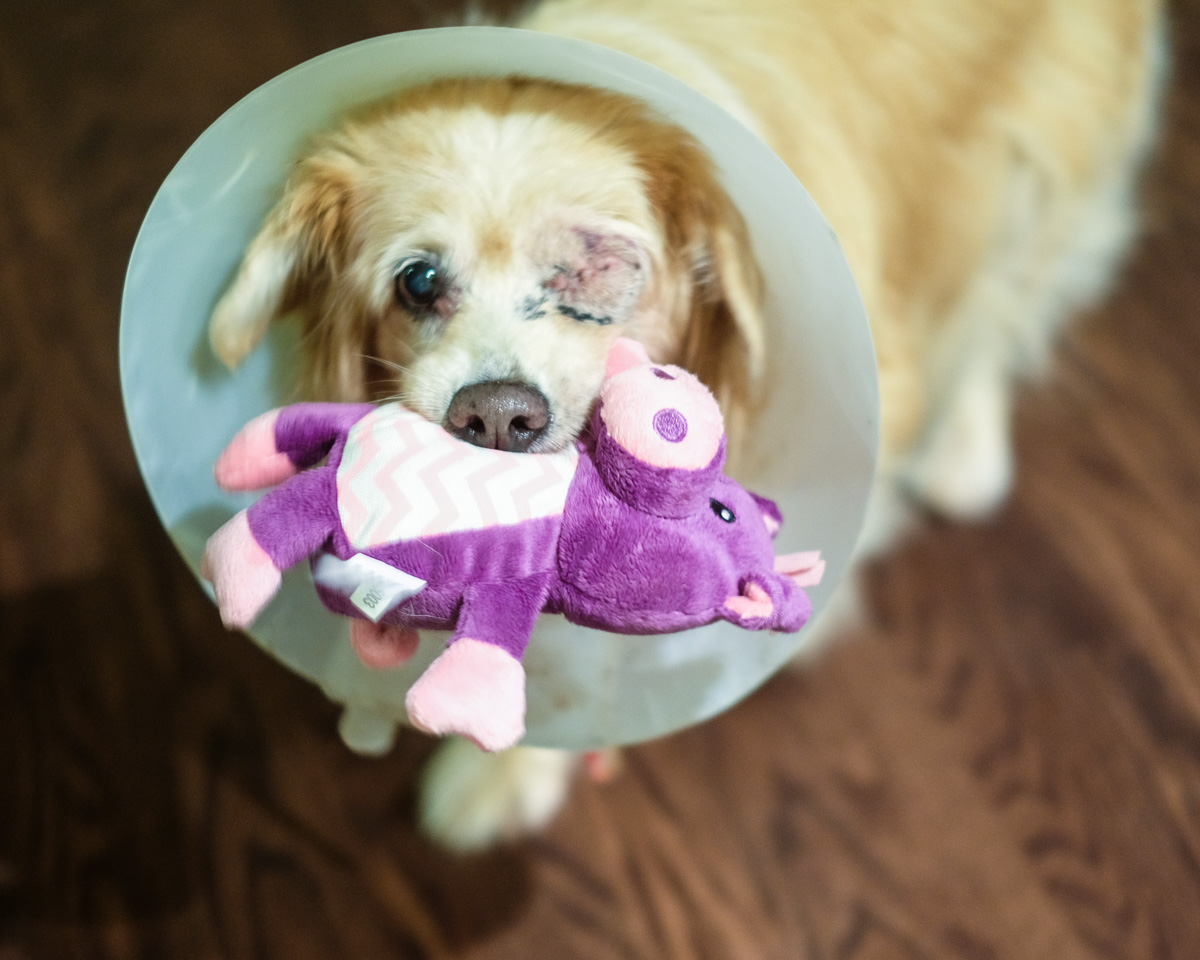 Katie turned 16 not that long ago. Recently her left eye came out of its socket and after 2 failed attempts to repair things she ended up having the eye removed (enucleation). It was pretty gruesome but she came through like a trooper and is now pretty much back to normal. She’s really hoping that annoying cone can come off after her checkup next week.

When the injury first happened I said that I would not be spending that much money on surgery for a 16-year old dog. That’s easy to say in theory. In real life it turns out I wasn’t about to put her down because her eye hurt. She’s tough and happy and I hope to have her around for just a while longer.