For the past three years I’ve used the highly-regarded Hobonichi Techo planner. It’s a great little planner, but perhaps too little.

My notebook binder of choice in recent months has been a Roterfaden and it’s quickly become a favorite. It’s the perfect (A5) size, built wonderfully, and the clip mechanism is clever and useful. In it I’ve kept an Apica Premium C.D. notebook and the combination is great. I’d been carrying my little Techo separately, which worked but wasn’t ideal.

Then I discovered the “Cousin” version of the Hobonichi. The Cousin is A5 and just as awesome as the littler Techo. The only problem is that it doesn’t come in an edition that’s been translated to English. I decided to try one anyway. I bought the Spring 2015 version and love it. 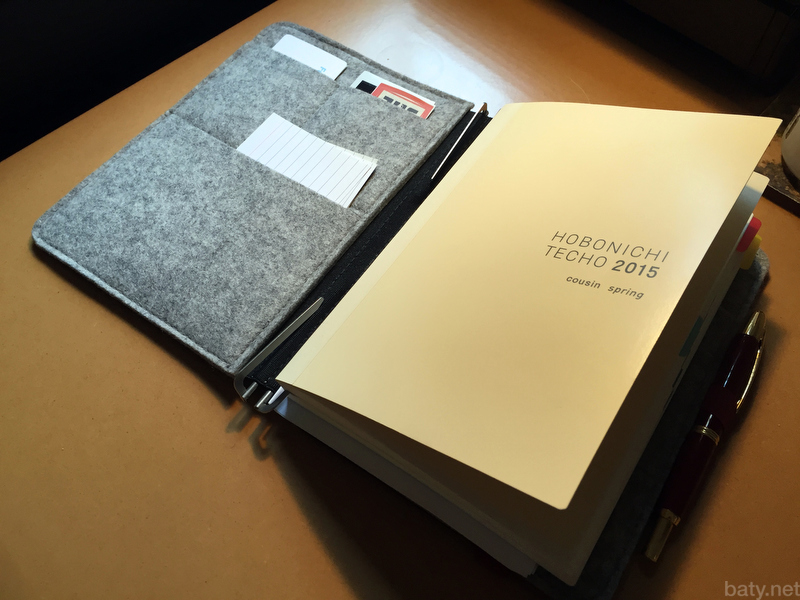 Roterfaden And Hobonichi Techo A5 Cousin

Everything is in Japanese but that’s fine since I’ve learned to recognize the symbols for each day. Not a problem. The Cousin fits perfectly in the Roterfaden. I love the combination and have ordered the 2016 Cousin.