As a long-time Apple fan, I’ve been discouraged by what I’m reading lately. The Arments and Grubers of the Mac community have been spending much of their time writing about where and how Apple has been lacking. I’ve been wondering the same thing. 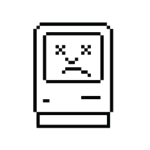 For years I’ve defaulted to using whatever Apple provided, both hardware and software. I knew it would be best in class and would just work. This feeling has been fading.

For me, hardware peaked with the iPhone 5s and the MacBook Air. The new phones are bigger, but not significantly more useful to me. The latest Macbook is skinny and pretty, but less powerful and useful than my 2013 11″ Air.  The Apple Watch is ugly, slow, awkward to use, and not nearly useful enough to justify wearing every day. The 4th Generation Apple TV isn’t showing much promise either.

And I certainly don’t need or want an Apple Car.

And as for software? Meh. Most agree that iTunes is a mess. Apple Music just makes things worse. Using iCloud for sync should be obvious, but iCloud has been wholly unreliable for me. Instead, I choose Dropbox if it’s an option. I tried moving my photos to the Photos app but with fewer than 10,000 images the app pegs my CPU the entire time it’s running. I prefer Alexa to Siri by a wide margin. The Reminders app crashes constantly on one of my Macs. The Mac App Store restricts the usefulness of many of my favorite desktop apps and the iOS App Store is full of mostly games apps too simple to be useful.

It’s all very disappointing, and I hope things turn around.

Updated on Sunday, May 8, 2016
Back | Home
My Office at Fusionary Mother’s Day