The notebook situation so far in 2019

My notebook configuration looks nothing like I planned it just a week ago. I had intended to keep things just like last year but nope.

I bought a couple new Leuchtturm Bullet Journals and prepped the first of them for the coming year. I was thinking that, as adorable as it is, I’d leave the Hobonichi Techo out of rotation.

What’s actually happening is that I’ve ended up with an A4 Moleskine Sketchbook and I’m using the little Techo instead of the Leuchtturm.

I know, right? It caught me by surprise too. 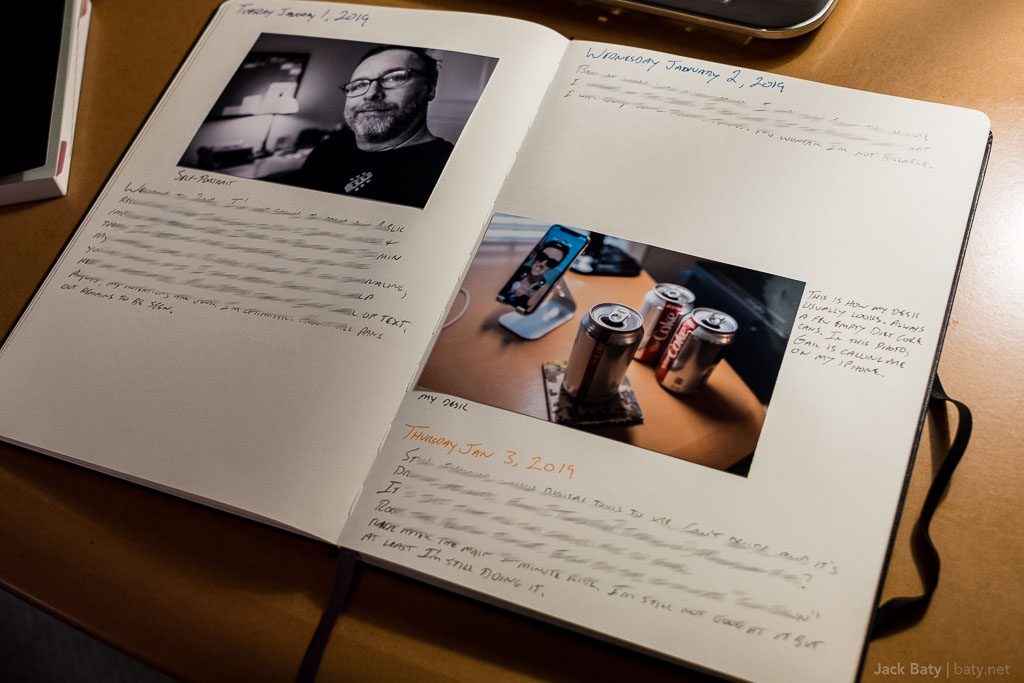 The Moleskine Sketchbook as a journal

I bought a little 4×6 photo printer and have been having a ball with it. The big Moleskine gives me room to glue a photo or two to a page and still write stuff around it. I’m really liking this.

The Techo is so wonderful I just couldn’t leave it on the sidelines, so I put the Bullet Journal aside instead. I’m still working out how to make the Techo “Bullet Journal-esque” but for now I’m just pretending it’s a normal Bullet Journal with a built in calendar. It’s working fine so far.

Of course I still carry a Field Notes notebook in the fabulous Bellroy cover, and I don’t expect that to ever change.

Let’s see where things are in a couple of months.

Updated on Tuesday, Jan 8, 2019
bulletjournal, hobonichi, moleskine, notebook
Back | Home
Said I'd like to know where, you got the Notion The 2018 Emoji Report – Rands in Repose