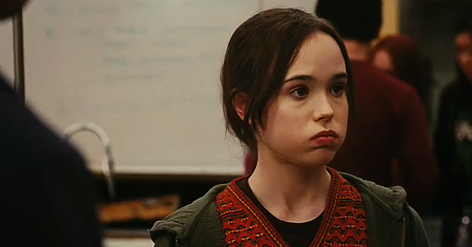 Must be my week for Movies. This time it was Juno. Funny, sweet, honest, whip-smart and completely lovable. Ellen Page is fantastic as Juno. She plays a sarcastic, too-smart 16 year old dealing with a surprise pregnancy. Ms. Page has unbelievable comic timing. We follow her throughout a hilarious and sometimes very touching nine months. It’s wonderful to watch. I didn’t want to leave.

At first I’d thought that one particular scene with Mark (Jason Bateman) and Juno was a misstep, but after thinking about it a little more, I think it belonged exactly as it was. I know people who would have behaved exactly as these characters did in the same situation.

Juno’s parents were an absolute blast. Mac (J.K. Simmons) as dad delivers some nice lines, and sort of let’s us know that as independent and scruffy as Juno may be, she’s grounded well. Allison Janney as Juno' mom Bren was perfect. She gets what might be the funniest two lines in the movie. 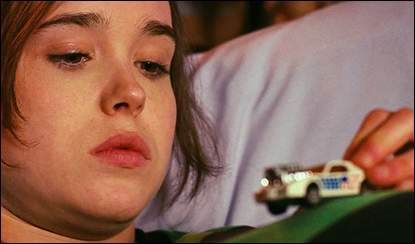 I saw Juno in the theater. I almost never go to theaters. It played in the big theater #1 and was sold out. I’d forgotten how nice it is to enjoy the shared experience of a great film with that many people.

Anyway, you get the idea. Go see it.

Updated on Sunday, Jan 6, 2008
film
Back | Home
Tell me what you really really want Shoot ‘Em Up