Shelving 35mm film for a while 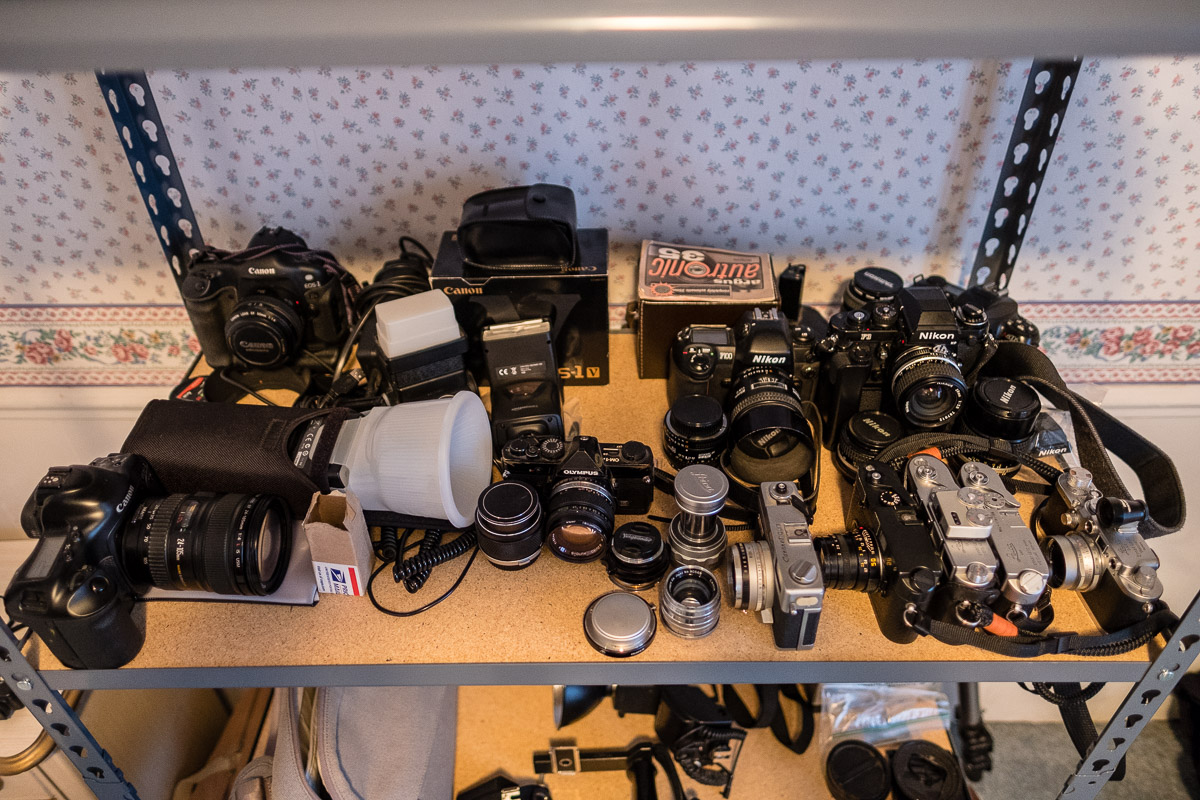 I’m taking a hiatus from shooting 35mm film, so I thought I’d share some notes about why.

My use of 35mm film has been driven more by my love of the cameras than by the results I’m getting.

I’m indoors most of the time and even though many film photographers seem to make wonderful photos with the slower speed of film, mine just end up badly-exposed or motion-blurred. I can pretend they’re “art” but if I’m honest they’re just crappy images.

I’ve been carrying the Fuji X-Pro2 or X–100T instead of the Leicas and the results are simply better. This doesn’t mean I won’t allow myself to put a roll through the Leica now and then, but I’m not going to be carrying one regularly.

Shooting, processing, and scanning 36 exposures on the off chance there’s a usable image or two in there has become less interesting. I enjoy the process, but the results have been meh. I tend to give film images the benefit of the doubt simply because they’re film images and that’s not the proper way to judge them.

With medium format, I still love the cameras and, more importantly, the results are better. I often like every image on a roll of 12 6×6 photos from the Hasselblad. This is probably because with medium format I’m deliberately trying to create an image rather than just snapping stuff at random and hoping for the best.

The larger negatives are easier to scan, easier to enlarge in the darkroom, easier to handle, and easier to view. I love that a contact sheet of 6×6 negatives works standalone as something that can be hung and appreciated as-is. I also like making contact prints from 4×5 negatives on 5×7 paper.

And of course the resolution is much greater, if you’re into that sort of thing.

So, this coming year I’ll shoot digital for every day snapshots and reserve medium and large format film for when I want to “make photographs”. I’d like to take lots of portraits using the larger formats. Maybe I’ll get ambitious and actually ask people to sit for me.